Extraterrestrials Created All life on Earth

Ancient writings and traditions worldwide tell us that intelligent and powerful beings came to Earth in vehicles from the sky. The words used to describe those events were what any pre-technological culture would use to describe contact with technologically advanced beings.

Now that we have entered the age of science ourselves, we can understand how life can be scientifically (rather than mystically) created by a highly advanced race.

The Message From the Designers relates the extraordinary message revealed to Maitreya Rael by a human being from just such an advanced, extraterrestrial civilization. Those searching for evidence of extraterrestrial life need look no further than in humanity’s most revered ancient text. The “Elohim,” as they were known in the original Hebrew Bible (or as “Anunnaki”, “Brahma”, “Shiva”, “Vishnu” in other religious texts), deliberately created all life on Earth through highly advanced science.

The Elohim of the Bible

Thousands of years ago, scientists from another planet came to Earth and created all forms of life—including humans, “in their image and likeness.” Due to their highly advanced technology, they were mistaken for gods by our primitive ancestors and often referred to as “ELOHIM”, which in ancient Hebrew means, “Those who came from the sky.” Despite being a plural word, over time the word “Elohim” was mistranslated into the singular “God” as referenced in modern-day Bibles.

The Elohim used DNA and advanced genetic engineering to create all forms of life starting with simple organisms and as their science progressed they created more complex organisms such as plants, animals, and eventually human beings, in their own image.

Throughout the Ages, the Elohim maintained contact with many PROPHETS, including Moses, Buddha, Jesus, and Mohammed (to name just a few). They were all chosen by the Elohim to guide humans through the ages with messages of love, harmony and peace.

In 1945, the first atomic bomb was dropped over Hiroshima. Our humanity entered a new era, the predicted “Age of APOCALYPSE.” (The word “APOCALYPSE” etymologically means “Revelation.”) Mankind had now reached the crucial stage in which it would either use science to enter the “Golden Age” or destroy itself. It was at this time that the Elohim decided it was time to send their last Prophet, who would reveal our true origin and demystify what the Prophets of Old could not.

The Elohim—our creators—have asked us to build an EMBASSY where they will officially return to meet with our world leaders.

Since the discovery of DNA in 1953,
we have witnessed extraordinary breakthroughs in the field of biological sciences and now understand that every living cell in our body is extremely complex. And when one truly understands this level of sophistication and precision, it’s hard to dismiss the idea that there is “intelligent design” at work.

This atheist ‘Intelligent Design Theory’ offers a rational solution to the age-old debate between God-believers and evolutionists. It’s compatible not only with today’s scientific discoveries but also with the ancient historical accounts of all cultures.

But don’t take our word for it!
Just read Intelligent Design – Message from the Designers for yourself and do your own research.

We guarantee
you’ll never look at the world the same way again! 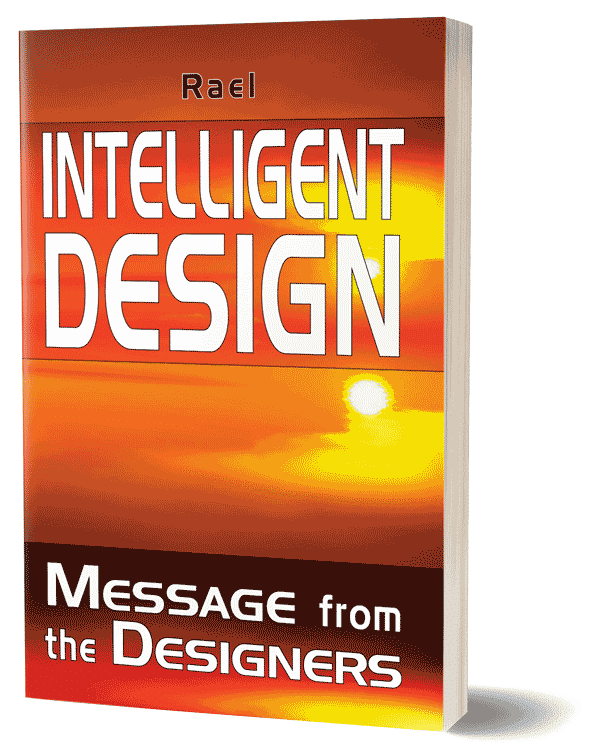 To read the messages given to Rael by our creators

1 MINUTE FOR PEACE: Just 1 minute to save Humanity!

GOTOPLESS: Equal Topless rights for All!

PARADISM: For a world without work and money